In this article, I’m going to get into another common question people have about Bitcoin and Cryptocurrency, namely:

How DOES Cryptocurrency work? 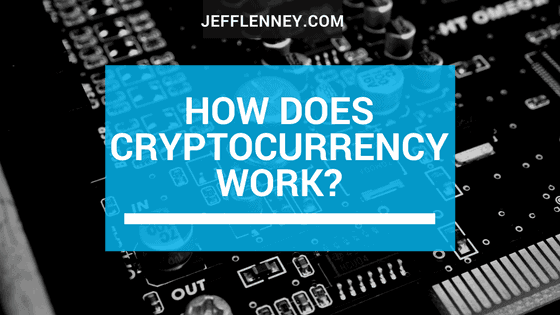 Basically, Cryptocurrencies have soared in popularity and it’s shaking up every sphere of industry. With the waves they are causing, one can’t help but wonder whether or not they are an investment fad and a Ponzi. Even so, a new generation of traders is emerging around cryptocurrencies.

The question is no longer whether the bubble will burst but how cryptocurrencies will evolve in the near future.

Even during these exciting times when Bitcoin (BTC) and Ether (ETC) are enjoying unprecedented success in all manner and shape, not everybody really understands what is going on in the digital currency front. This article is designed to

This article is designed to breakdown the basics around cryptocurrency and how it works for the benefit of all who would like to dabble in this fairly new and exciting venture.

What is a cryptocurrency?

A cryptocurrency is a decentralized form of currency that is encrypted and managed in a peer-to-peer system which safeguards the currency and provides the computing capacity to keep the digital money flowing. Cryptocurrencies have no physical representation like FIAT money and are not controlled by any central governing bodies such as central banks.

The cryptocurrency space is not as new as you may think For most people, digital currencies seem to be a fad that popped up two or three years ago. Well, the truth of the matter is that cryptocurrencies have been around since 2009. Bitcoin was the first of its kind. Over the years,

Well, the truth of the matter is that cryptocurrencies have been around since 2009. Bitcoin was the first of its kind. Over the years, the space has seen many other versions come and go yet has continued to amass a following.

To understand how cryptocurrencies work, it is important that we know some basics about these forms of electronic currencies. Here are some attributes that pertain to all cryptocurrencies;

How are new units of cryptocurrencies created? 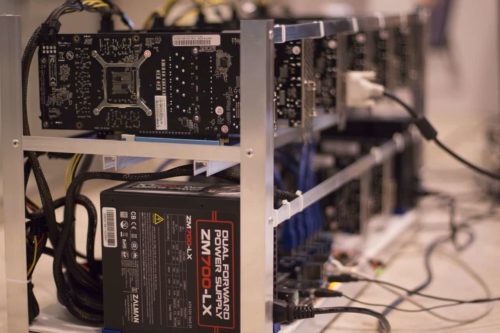 New tokens of digital currencies are obtained through a process called mining.

This is basically a process in which transactions are confirmed and added to a public ledger.

By the sound of it, mining appears to be a fairly straightforward process. However, the miner is expected to solve a mathematical computation which gets increasingly harder as you go along. Such computations can be thought of as mathematical puzzles.

The miners are in a sort of competition to come up with the solution to the complex math problem and whoever wins receives a set amount of tokens.

When the miner completes the mathematical problem, they add a block of transactions into an existing chain of similar transactions bundled in blocks to form a blockchain.

Mining is an open sources process which anyone is invited to take part in. However it does require high computing abilities from the miners’ computers.

A lot of cryptocurrencies use the proof-of-work system which basically utilizes hard-to-compute and easily provable computational problems which limit the exploitation of cryptocurrency.

This is meant to regulate mining.

These complex computations can really be thought of as a hard-to-solve “captcha” that needs a computer with high processing power to crack.

When it comes to cryptocurrency you must have an online wallet where you can access your store of coins and trade from.

The wallet is a section of code that connects you to the network and allows you to access your choice of cryptocurrency. It cannot be thought of as being separate to the whole network since the system is set up so that transaction history can be accessed.

Wallets come with private and public keys in an encryption style know and double-key encryption which allows the network access to your piece of code and also allows you to connect and trade.

How the value of cryptocurrencies is determined

That cryptocurrencies are decentralized and not managed by any single entity is one of the aspects that keeps them from manipulation by any central body that might cause false shortages or bring about an influx. The value of cryptocurrencies is determined on exchanges just like you would the value of gold.

The acceptance of a cryptocurrency also plays a role in determining its value. A digital currency that cannot be accepted or is not used by a lot of people is no good.

Cryptocurrencies have brought a lot of change in many industries over the years that they have been in popularity. Before we delve into the way cryptocurrencies change hands, it is worth noting that the technology behind them has become so popular that other industries are using it in different ways to achieve high standards.

Cryptocurrencies are traded in exchanges which have a catalogue of all the currencies and their prevailing market values. These exchanges are avenues for currency holders to trade their tokens from one coin to another and also buy more coins. Businesses across the globe are also warming up to the digital currencies and now you can actually use digital currency even in some brick and mortar stores.

The future of cryptocurrencies

There has been a lot of speculation about the future of digital currencies, with skeptics encouraging everyone to get their money out of the bubble before it bursts. On the other hand, cryptocurrencies are continuing to enjoy a wave of popularity as never before.

Aside from building solid communities around the digital currencies, this popularity has also led to soaring values and bitcoin recently hit a new high, with one coin going for over $5000. With such increases, venture capitalists are all scrambling to get a piece of the action, which only indicates that digital currencies are here to bring sweeping changes in the money cycle as we know it.

Believe it or not, Bitcoin and other Cryptocurrency are used to purchase all sorts of things from multi-million dollar mansions to everyday online goods.

If you want to ‘up your game ‘on all things Cryptocurrency and Bitcoin, check out my recommended Cryptocurrency trading newsletters,  Palm Beach Confidential has some AMAZING picks and trading strategies for that!